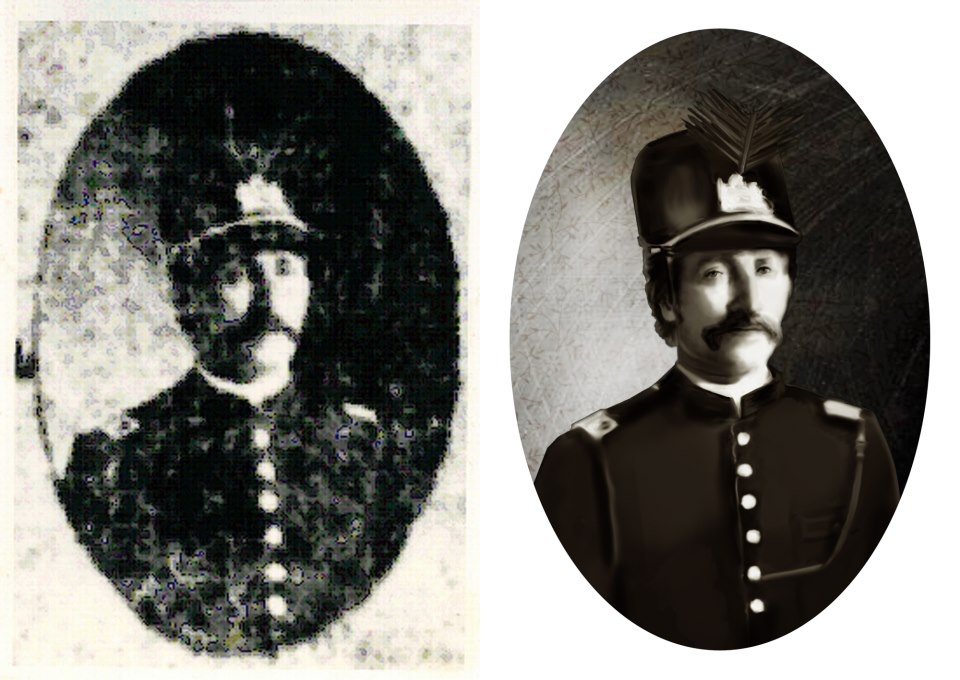 I was given a difficult task one day, to create a portrait of a man. The only clue I had of Captain Bell’s face was a photocopy of a newspaper clipping about an inch tall. I worked on it for some time, only to be discouraged beyond hope, so I put it away. I was able to do so because the request had come informally — an acquaintance had heard I might be able to do such a job.

Many years passed. During all that time, I continued to teach myself the necessary skills in Photoshop to restore photos, manipulate them into pleasing images, and gain skills to finally approach the task again.

I spent a full two days restoring this portrait. I probably put close to 20 hours of intense and meticulous work to produce the final result. When I presented my friend (for who could remain an acquaintance after so many hours in the presence of his ancestor?) a print of the finished piece, his unbounded joy was my reward. Satisfaction all around.