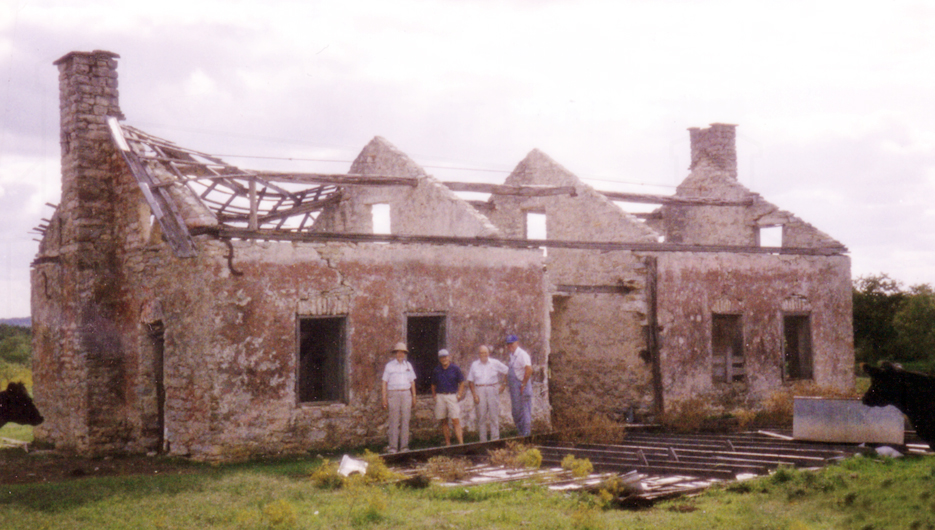 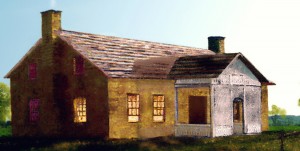 The Ringness house was in disrepair, as shown in the 1998 photo at left. Many expressed interest in restoring the place, but it was Betty Tindall who organized the restoration project, and who worked tirelessly to bring in donations and keep the interest alive. In those early days, Betty asked my father to draw something to put on the brochures to inspire new donors. He drew the image at right, wanting to show how the house may have looked back in the days when it was first built and the Ringnesses lived there.

Later, Betty asked me to make some new graphics for promotional materials. I was inspired by my father’s work, but came at it in another direction. First, I looked 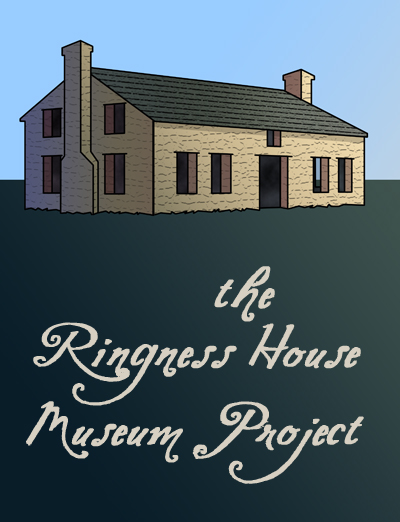 at old photographs and drew the skeleton of the house. I converted the parts to vectors and using shades and textures and gradients, created this graphic image you see at left. This logo was featured in the promotional literature, after the land had been deeded, but before the restoration project had begun.

Now, the Ringness House Museum is standing, and furnished, and is used for hosting gatherings and festivities. If you are interested in learning the history of this house, or in having your group tour the house, visit the website (also designed by GRAFIX to go) ringnesshouse.org.