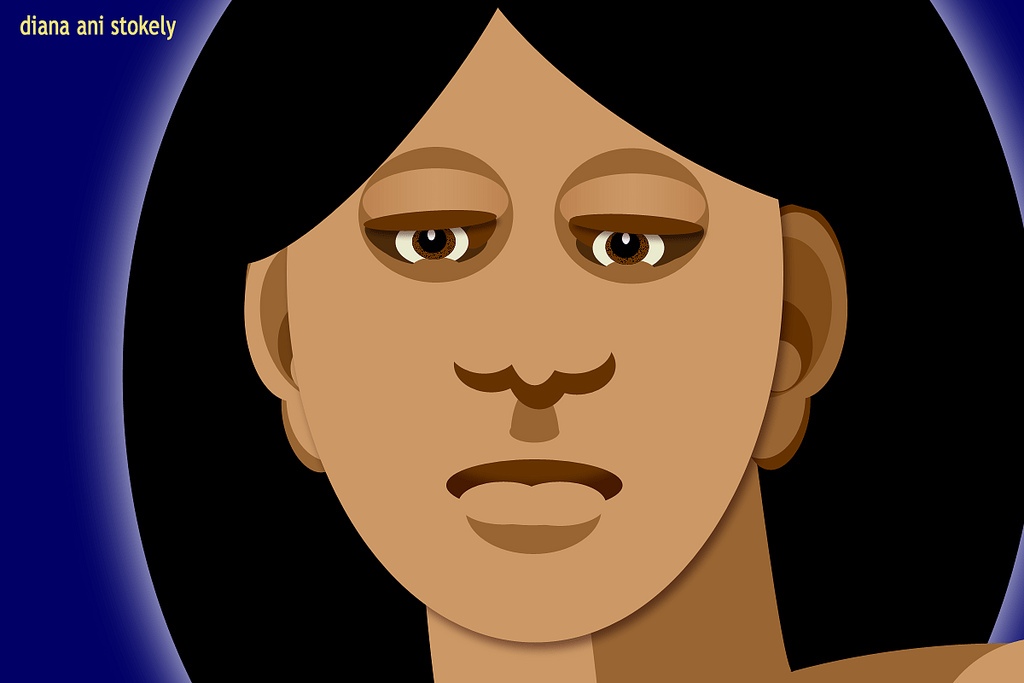 I created this portrait of la Madre de Dios as a digital graphic using vectors. Back in April 2010, I wrote a story using it as the illustration.

The news coming out of Tamaulipas, Mexico is grim. A lone survior, Luis Pomavilla, a migrant worker from Ecuador, told authorities that the Zetas gang has murdered seventy-two people from Central and South America at a ranch about 100 miles south of Brownsville, Texas.

As investigators search for answers to this massacre, I am sending prayers for the families of these victims. I am thinking that most of these people were following the harvest, working where work was offered, hoping to save something for those back home. I imagine they promised to be safe, write often, and return for Christmas with something special for the little ones. I imagine the men hugged their wives and kissed them hard before getting on the truck heading out. I can vividly imagine trying to be brave and strong while watching a son or daughter leave home. Life must be difficult to cause such a disruption. What kind of bravery is required from those leaving? from those left behind?

My own ancestors traveled from Europe to the United States, some from England, Ireland, and Norway. I know for a fact that my ancestors feared the voyage, the alien land, the hardship, the loneliness, and the separation from all they had known their entire lives. I know for a fact that these people massacred in Tamaulipas were no different in their dreams and hopes and fears. I cry for their lost hopes, I cry for their lost lives, and I cry for the mothers and fathers and sisters and brothers and friends and daughters and sons and lovers who are bereft tonight.